Your source for information about hosting a charity golf tournament.

What can I get donated and what do I have to pay for?

Who should I talk to about getting the hole sponsor signs donated to the Golf Tournament?

The hole sponsor pays for the signage.  Charge enough so that each hole sponsor's sponsor fee covers the cost of signage.  Once you have all you sponsors checks in hand, simply contact a sign provider about making the signs, order them and pay for them out of the sponsor fees.

Nobody will donate the signage for you. It's part of what you charge for a sponsorship.

New tournament organizers often waste considerable time trying to get someone to donate food, the use of a golf course or signage.  These are the parts of the tournament you pay for. These guys make their living providing these things so don't expect them to give it to you free. Rarely a golf course will sponsor a tournament and wave the fees.  Don't expect it.  Paying for these types of things is part of the cost of running the tournaments.

Actually, I wouldn't ask anyone to pay for the hole sponsor signs.  You're, in essence, asking someone to pay for someone else's advertising. It's a bit cheeky and makes you look cheap - something you don't want to do with the vendors who supply you with the stuff you need to run the tournament.  Sponsors provide the dollars for that and in return they get recognized.

Anybody else have any thoughts.

Replies to This Discussion

Okay, I've talked to Dee and she has a really good idea.  Some of her tournaments (Dee sells signage), She offers a second tier hole sponsorship.  If you have $250 hole sponsorships, you offer a $500 hole sign sponsorship. This pays for a really nice full color sign and the sign sponsor gets a line at the bottom of every sign that says "signs sponsored by XYZ Corp".  The sponsor gets a nice color display - really high class, the sign sponsor gets mention on 18 to 32 hole and tee box signs and you get professional looking signs paid for up front and all the sponsor money for your other sponsors goes to profit and not sign costs.

Thanks, Dee.  You can see their product at:   http://www.golfdonate.com/

Any other vendors have a good product?  Tell us about it.

Full disclosure...I sell a do-it-yourself golf tournament sign kit. The *reason* I do is for the exact reason Tom mentioned. Getting signs donated is Rare, with a capital R. So rare that I stopped trying to find someone to donate them, when I ran tournaments as a staff employee of a non-profit.

The big point is this; your time is much more valuable doing things that will make THOUSANDS of dollars worth of difference(s) in your tournament by communicating with committee members, for example, to make bigger pitches than the cost of signs.

I know YOU don't do this, but some people ask for free signs and brochures and worry about hole in one insurance and blah blah blah as a way to avoid making or constructing big "asks". If you know someone like that, tell 'em that they really are 'good enough' to do those 'big things' that they fear. Promise.

Tad's right on the money. Don't waste your time trying to get signs and things donated. Put your energy into finding sponsors to pay for those things. Don't as an insurer to "donate" insurance. It's his business. It doesn't pay for him to give away his living. Instead, find a sponsor to pay for the insurance.

Sponsorship sales is Job 1. If you don't focus first on that, you might as well cancel the tournament. You'd be quite likely to actually lose money.

Oh, and Tad - you should post your weblink so people can find you.

Thanks very much for the opportunity to post the link to our do-it-yourself 3-Minute Tee Sign Kit, Tom. See it at www.GolfPaper.com. We've been able to help fundraising tournaments cut their sign expenses way down to size since 2002. Quick and easy to make, too. (Some client's kids make theirs!)

Save money where you can, but realize -- and you know this -- you can't "save your way" to a big tournament payday for your organization. Your committee has to make sales for that big payday to happen.

Good point, Tad.  The real money is in big sponsorships. It's okay to let your tournament committee watch the nickels and dimes, but don't miss the opportunity to get out there and ask for big donations and sponsorships.  The tournament is the event around which you structure the ask.

Make it exciting. Make it a "must attend" event. Attract a crowd with thick checkbooks and then, once you have them gathered, give them the opportunity to be generous. Think big, not small. That's how guys like Bob Hammer make 160K on a tournament and have to run a second one to handle all the sponsors who didin't get to be major sponsors on the first one.

Make sure you have good salespeople on your sponsorship team. THAT's the most important thing. 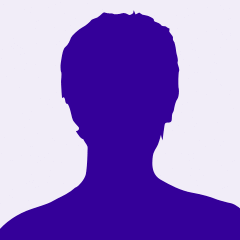 Is there a website that I can go to and get Sponsor Signup Sheets or templates. Thanks.

Here you go.  Sorry I missed this post.  Don't know how.  I usually check the forums weekly at least.

There's also a sample in my book you can copy.